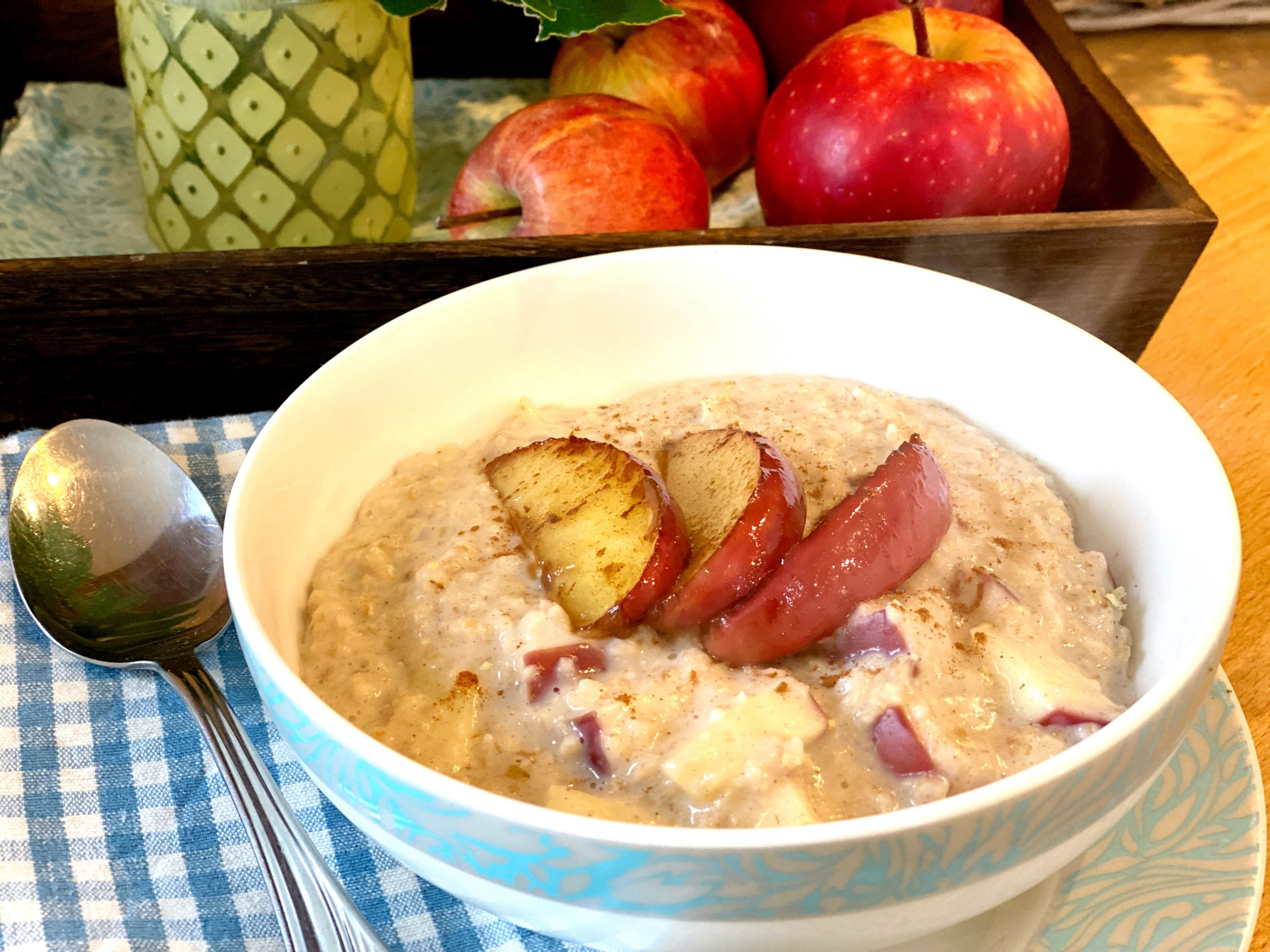 Place the oatmeal in a saucepan and add the salt and apple.

Add the cinnamon and caster sugar.

Pour in the milk and water and bring to the boil, then reduce the heat to a simmer, cooking for 5 minutes.

Stir from time to time so that it doesn’t stick on the base of the saucepan.

For the glazed apple

Core and slice the remaining half red apple into wedges with the skin on.

Heat a frying pan with a little butter and 1 heaped teaspoon caster sugar and place the apple slices into the frying pan. Leaving them to brown lightly.

Place them on top of your bowl of porridge.

Sprinkle over a little cinnamon.