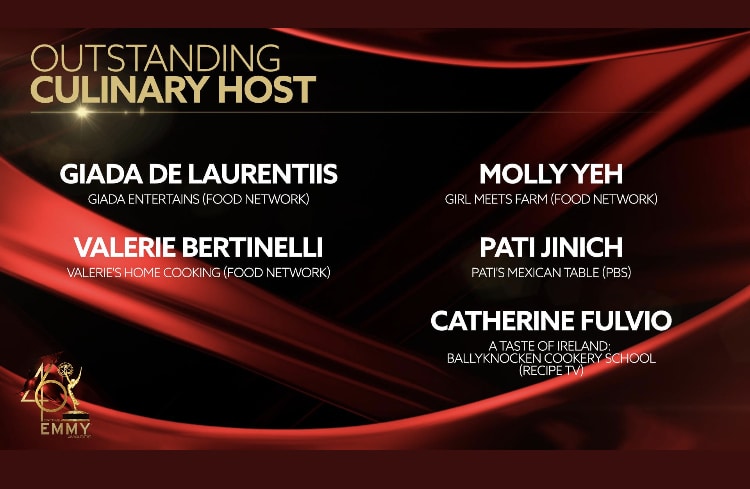 The 46th Daytime Emmy Awards, presented by the National Academy of Television Arts and Sciences, will honor the best in U.S. daytime television programming in 2018. The ceremony will be held on May 5, 2019, at the Pasadena Civic Auditorium in Pasadena, California.
I have been nominated for a Daytime Emmy Award for A Taste of Ireland. The excitement is unreal and the nerves are too!

It’s an absolute honour to be nominated alongside the other best-in-field chefs and I cannot wait to experience all that is THE EMMYS.
Fingers crossed for me and Ballyknocken House xx