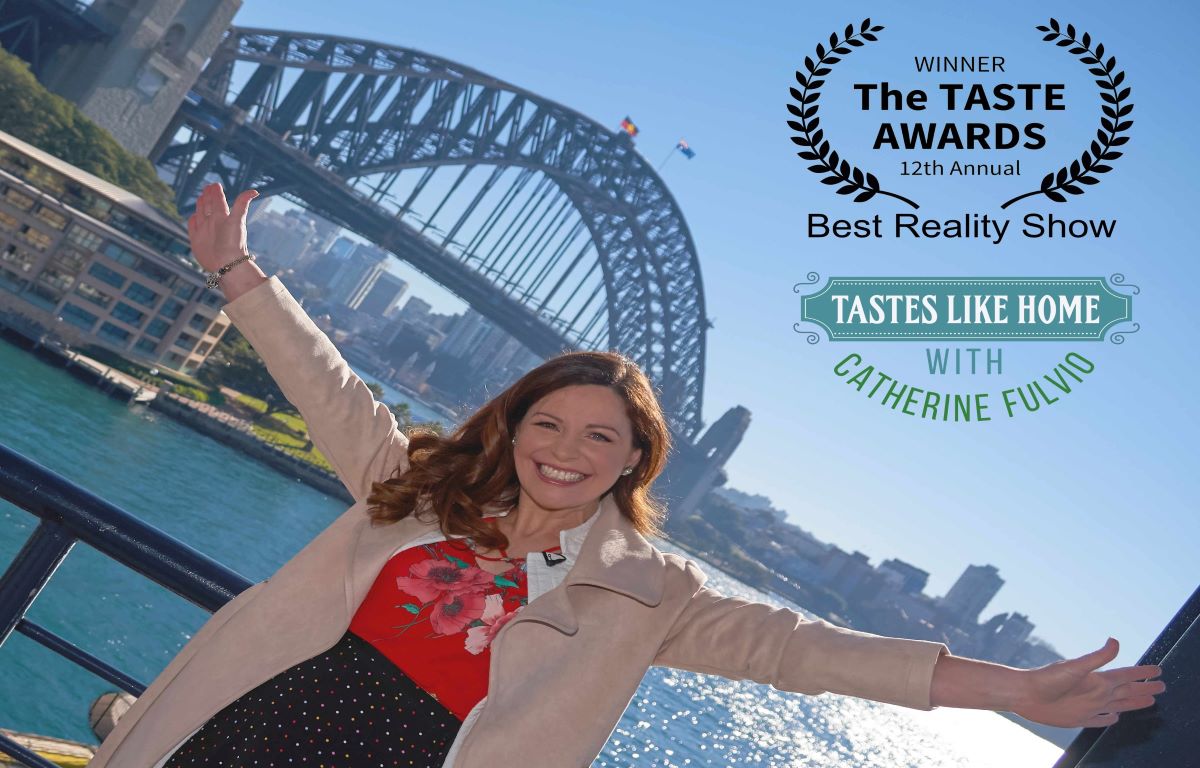 The TASTE AWARDS are the premier awards celebrating the year’s best in Food, Fashion, Health, Travel, and Lifestyle programs on Television, in Film, Streaming and Online, in Apps, on Radio & Podcasts, and Photography have honoured RTE One’s Tastes Like Home with Catherine Fulvio with Joint Best Reality Series.

The TASTE AWARDS announced this year’s Award Winners and additional Honorees for its 12th Anniversary Year during a stylish and exciting virtual broadcast that reached viewers across the globe, from Japan to Poland, Italy and South Africa, and from New Zealand to Mexico, Brazil and Argentina.

Tastes Like Home were awarded joint winners of Best Reality Series alongside ‘Cup of Joe’ and ‘I’ll have What You’re Having’. Tastes Like Home was nominated in three other categories where they were up against some stiff competition.

Catherine Fulvio said of the win,“What a wonderful surprise to hear that our show has won a prized Taste Award. Huge kudos is due to all of the wonderful participants who have welcomed me into their homes and given me personal tours of where they live all around the world. That has always been such a pleasure for me. I am so delighted for our amazing production team, for our wonderful sponsors and for RTE for supporting the series over the past five years”.

Sharyn Mitchell co-founder Another Avenue, producers of Tastes Like Home said of the awards, “It’s always lovely to receive recognition and approval particularly from your International peers. For Tastes Like Home to have co-won, “Best Reality Show” at the 12th annual Taste Awards is thrill-ing. A huge thank you of course goes to all the families who take part in our show, the production team, Catherine Fulvio, RTÉ and Belling as without their contributions there would be no show”.

Tastes Like Home, produced by Another Avenue has been broadcast for five seasons on RTÉ One as well as being sold & broadcast internationally in territories like Canada, America & India. Another Avenue have been making television programmes for broadcast since opening their doors in 2003 across a variety of genres such as; music, sports, arts, entertainment & lifestyle, as well as also having a full corporate video production business.

“We have been producing food and lifestyle programmes since the company was founded in 2003 and to be honest it’s our passion. We really enjoy working with food brands, hospitality brands and high profile chefs to create award winning lifestyle and food programmes for broadcast, live streaming and commercial release. Having International recognition for what we do is fantastic.”

Operating primarily in the Irish market means that we have an unrivalled variety of work. We pro-duce hundreds of pieces of digital distributed content for commercial clients & corporate brands in our home territory, Ireland and around the world.

The explosion in virtual production and communication for companies worldwide, as a result of COVID-19, has created a demand for ‘long form’ programme makers like ourselves to help brands create compelling and engaging communication. Thankfully we have had a lot of experience in vir-tual content creation, producing programmes and events in this space for over a decade, said Mark Wooderson co-founder Another Avenue.

Other well known personalities who won or were honoured at the 12th Annual Taste Awards include Ming Tsai, Selena Gomez, Idris Elba, Dylan Dreyer, Chef John Folse, and Lidi Bastianich, along with Bravo’s Top Chef, America’s Test Kitchen, NHK, the Africa Channel, and New Soul Kitchen. See all of the winners and additional honourees below.